Clay The Miracle Of Life 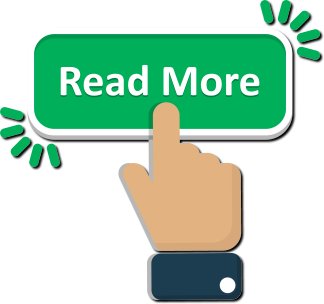 Calcium Montmorillonite Clay
(as found in our REDOXX and RED CAL)
"A Miracle of Life"
By Dr. Simon Cohen, N.D.

Far removed from prominent view, exists an age old substance in nature, known as "Calcium Montmorillonite Clay." There are only a limited number of "Calcium Montmorillonite Clay" deposits around the world. The first site was discovered in Montmorillon, France in the 1800's, hence the name, Montmorillonite. For centuries Native American healers used it internally and externally in the treatment of a variety of illnesses. In years past sailing vessels departing from France were known to store clay on board for the treatment of dysentery as well as other ailments. Animals, domestic and wild alike, instinctually drawn to clay deposits have been observed licking the clay as part of their everyday diet, and rolling in it to obtain relief from injuries.

A recognized detoxifying agent, nutrient and bactericidal "Calcium Montmorillonite Clay" is in the smectite group of clays. Only those clays within the smectite group have the ability to absorb. Its power as a detoxifying substance comes from its inherent ability to adsorb and absorb. Its unique ability to grow and change (adsorb) is the reason for its classification and recognition as a "Living Clay". While there is more than one Montmorillonite, the red "Calcium Montmorillonite Clay" of the smectite group remains a favorite for human use. Clay, which has been hydro-thermally altered and seasoned in the arid desert is rich in content. The color of clay is determined by the mixture and ratio of elements contained within it. Hydro-thermal exposures over long periods of time affect the clay in two important aspects; it becomes negatively charged and crystallized. As a result of the crystallization process the clay is reduced into small particles that make it easy for the body to assimilate. The negative charges on the clay give it the ability to adsorb or attract positively charged toxic matter, which is then absorbed into the clay and dispelled from the body as waste.

In addition to the role it plays as a potent detoxifier, "Calcium Montmorillonite Clay" has also been used extensively in the treatment of pain, open wounds, colitis, diarrhea, hemorrhoids, stomach ulcers, intestinal problems, acne, anemia, and a variety of other health issues.

"Calcium Montmorillonite Clay" is reported to contain no less than 67 minerals. This impressive assortment of minerals includes calcium, iron, magnesium, potassium, manganese, and silica as well as trace elements, those appearing in very tiny amounts. The mineral content being extremely high sets the stage for replenishing dietary deficiencies. Today more than ever before, diets are lacking essential trace minerals and micronutrients. Without the basic minerals, life cannot exist; without trace minerals, major deficiencies may develop. Lack of either will make it impossible for the body to maintain good health and function properly. In clay the minerals occur in natural proportion to one another encouraging their absorption in the intestinal tract. Natural "Calcium Montmorillonite" restores minerals in the tissues where they are needed. Furthermore, minerals are the carriers of the electrical potential in the cells which enable the hormones, vitamins, and enzymes to function properly.

As mentioned above "Living Clay" is known to have been used historically as an effective antibacterial in the treatment of dysentery, and as a means of decontaminating water. Presently it is being used internationally to clarify and balance small and large bodies of water. This is so because "Living Clay"particles are smaller than many bacteria; when bacteria encounter an environment abundant in clay it becomes surrounded by the clay, and imbedded in it. The immediate result is that the bacteria are unable to receive nourishment and cannot survive.

The dominant approach in health care today is from the viewpoint that considers the notion of parts. The diagnosis of illness is often arrived at by looking for a specific disease by relying on symptoms surfacing in an apparently localized part or parts of the body. Once identified a specific medication for a specific problem is applied. Only recently has medical science begun once again, to explore the idea that health problems surface as a result of disease in the whole system, not just one or more of the
parts. The immune system intimately affects each organ on a fundamental level, which spans the boundaries of all the body's vital functions. This is critical to understanding the cause of chronic and degenerative disease. The body's vital systems are dependent on each other. The presence of disease in any system impacts all systems. A lifestyle without substantial nutrition, sufficient rest, a proper balance of stress, and numerous other factors can weaken the immune system. Malfunction of the immune system leads to infectious disease. It is unrealistic to treat parts, and expect a whole result.

Because of its inherent healing properties, clay has long been recognized as a subject worthy of study. It is included as such, in many educational institutions today, which teach pharmacology, herbology, and nutrition. "Calcium Montmorillonite Clay" is currently being utilized in hospitals outside of the United States where it has already proven its effectiveness. In recent years clay has become a topic of discussion in numerous publications. Recently more information has become available outlining the important role "Calcium Montmorillonite Clay" can play in the recovery and maintenance of health. It has also been receiving significant recognition by the health care community, as a proven and much overlooked natural alternative remedy in the prevention and cure of disease.

Recent exposure has spurred the interest of people around the world, prompting them to seek out reliable high quality resources for clay. This well deserved notoriety is serving to educate the public about this natural healing agent, as a true "Miracle of Life".

While "Calcium Montmorillonite Clay" is a powerful nutrient and detoxifier it is important to recognize that it is a part of a total health care system. Healing benefits may result from internal and/or external clay applications. The clay may be ingested, applied as a poultice, and/or used in a bath. An appropriate lifestyle and the proper guidance of a health care practitioner are essential to one's well being. Determining the most beneficial and appropriate application of "Calcium Montmorillonite Clay" is best discussed with someone familiar with its properties.

Natural medicines serve as catalysts triggering our bodies built in healing mechanisms as they work to restore health. I was prompted to write this article because of my personal experience with the far reaching healing powers of natural "Calcium Montmorillonite Clay". My hope is that the information provided here will encourage others to consult with their respective health practitioners, in considering its use as a part of their daily health regime. 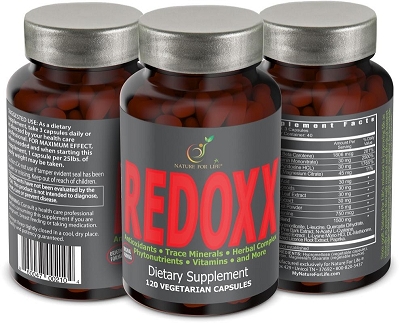