To Be Dewormed Or Not Dewormed? 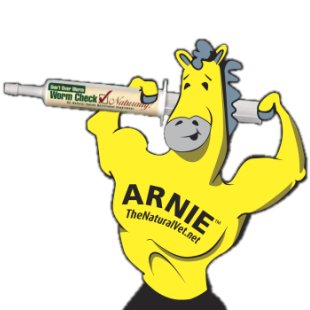 Eventually you believed, I believed, we all believed! Fear and guilt are incredible tactics BUT notice I used the past tense believED! Why the change? For me it was merely a matter of just remembering the truth.

I woke up from my guilt-like trance and remembered that way back when I first graduated from vet school all horses didn’t have worms. I remembered that way back before easy to use, convenient paste wormers were available, at the most, we dewormed twice a year. I also remembered that most veterinarians did a fecal check exam on horses each time before we treated them. If they didn’t have a positive test, we simply did not deworm! Exceptions were only the obvious need, like a “wormy” looking horse. Bottom line is many horses didn’t have worms then and many horses don’t now, either! So what changed along the way?

Why is their so much indiscriminant deworming today? Has the change been good or bad for our equine friends? How about those daily “preventatives”, are they really the answer?

Dewormers – The disease or the cure?

Horses that tend to have worms simply do – horse that don’t tend to have worms, simply don’t. Just like people – some people get sick all the time, some hardly ever, regardless of the exposure. If horses do have parasites, studies have shown that actually about two out of three horses will become reinfected in eight to ten weeks after deworming.

When reinfected, those that initially had high numbers of eggs will continue to have high numbers. Those that had low numbers to begin with had low numbers later, too! So the parasites can be reduced with chemicals BUT they obviously just come back in “parasite prone” horses anyway. Could this be more of a genetic-type resistance in the horse rather than effectiveness of dewormers? In my opinion, the more you give chemicals the weaker the horse becomes, with a consequent tendency for many more problems.

Have you noticed all the horses with allergies today? How about all the horses with chronic lung problems? Why all of a sudden do horses have a problem from being exposed to the opossum (EPM) when the two, horses and the opossum, have co-mingled for millions of years. Could our horses be weaker today? Noticed more laminitis lately? How about colic?

There are certainly other contributing factors such as over-vaccination, improper nutrition, etc., but no doubt our horses are weaker today than they used to be. Many holistic oriented veterinarians like myself, truly believe we are damaging our horses. As much as this absolutely makes sense to me it may still just be my opinion. But facts are facts and it is a fact that parasites are becoming resistance to dewormers.

The literature actually is reporting considerable resistance to wormers like Benzelmin, Panacur and Anthelcide. There is even resistance to Strongid (pyrantel pamoate) being reported. Noticed a price drop lately in these products?

This brings to my mind the question, how effective are these “daily” products if resistance is already present?

The only product that doesn’t have resistance problems in equine parasites is Ivermectin. For goats however, it is a different situation – there is a lot of resistance to Ivermectin, and deworming goats these days is quite difficult. There is nothing left to use! This problem is coming for horses – What will we do then?

What is the “cure” today may be the disease soon – especially if chemicals are weakening our horses, too! A recent article in a major Equine health magazine stated “custom deworming programs based on consultation of a veterinarian and fecal exams of individual horses will help postpone drug abuse, and thus drug resistance by common parasites”. They went on to state a “looming disaster” if we continue deworming the way we do today. My feelings, exactly – we have a serious situation!

“As needed” deworming, the answer!

Hopefully you are getting the sense that “as needed” deworming may really be the answer. The key is to determine WHEN deworming is needed! The first step is to understand that each horse is an individual – each with an individual need and circumstance. Rather than just deworming by the calender, it is our responsibility to look at each situation.

This may not be as difficult as it sounds and I assure you it will even be cheaper! Now, I imagine I have your attention – less money! Let’s face it, saving money is important — especially when you have 30 or so horses like I do and especially when it is not much more difficult. The answer is simply to check a fecal sample first before you deworm. All it takes is a thimble full of manure. Your veterinarian can do it for you. Most usually charge $10 -$15. Do expect a little resistance because they, too, have been exposed to the same myth that “all horses have worms” for quite some time.

Most have said it so much and haven’t checked in so long they too believe it as fact. Most likely they will try to just sell you a paste wormer. Yes it may be cheaper at the moment – but what if you did have a naturally resistant horse that simply didn’t need deworming anyway? What if you had 10 of your 30 that didn’t have worms?

How about if they NEVER had eggs in the fecal material? I think you could not only save money, but also have healthier horses and definitely have fewer resistant parasites in the future. I once stated in an article that resistant parasites would soon be wearing a coat of armor oblivious to everything! I can’t imagine trying to handle a real parasite problem under those circumstances. It is sort of like the antibiotic situation we will soon be facing if “modern world” doesn’t wake up.

The most “modern dewormer” today, Quest, will even kill your dog if he happens to get a hold of a little. How much stronger will they become?

Worm Check™ is an all-natural combination of several herbs that is proving effective on all species of parasites. Technically, however, it is not a dewormer but an herbal supplement in paste form. We have not proven it effective against bots because we have to kill the horse(s) to determine this – I just can’t do that!

The best time to check for effectiveness after deworming with any product is 2-3 weeks. If you have a horse with a large number of eggs it should be checked and dewormed regularly, as needed.

These “shedders” are the real problem on most farms. New horses entering your farm should ideally be isolated for several days and checked prior to putting them into the group.

Any horse showing clinical signs of parasite problems, i.e. that “wormy looking” horse, should always best be examined by your veterinarian. There are some stages of parasites that just don’t show up in a fecal exam, regardless.

Which horses generally need deworming and which don’t?

As we have stated, those that have worms need it and those that don’t, do not, but there are a few general guidelines to follow. Young horses are more prone to problems associated with parasites, particularly roundworm impactions, whereas older horses are usually immune to round worms and other species, too, for that matter.

Get the picture? Crowding is usually the culprit, and the obvious stress associated with it. Other important factors are time of year and where you live. The climate is a major factor in whether or not parasite eggs even develop into a transmissible state.

Worms would not likely be a problem in a dry, hot area whereas if the season is warm and moist you might be more concerned. A really cold winter would put a damper on the problem, too. Another potential problem situation might be a horse that has been on a daily wormer most of his life. This horse would never have had the opportunity to develop any natural resistance. Also, it is easy to develop a false sense of security with these products and just never check them.

Don’t make that mistake – remember these classes of dewormers are the type that most parasites do develop resistance to. That is why so many of the newer “generic” ones are 2X, or twice the strength. One more note about such daily products: if you buy a new horse always ask the “daily wormer” history. Sudden exposure to a wormy environment with no resistance could be disastrous.

Our horses’ future is in our hands.

I don’t expect a lot of change – old habits and old myths are hard to put to rest. I also know I am not making many friends in the “drug” world – but then again my interest is our equine friend, not to “win and influence friends”. It is up to us – you and me. If I knew something was wrong and didn’t do anything about it, well….. that would even be a greater problem.

Most people just don’t know. So…. Will you help me tell them? I do ask you to consider checking fecal exams first before you deworm. Consider, too, the consequences if you deworm indiscriminately! Most importantly, start asking questions. A good question to begin with would be “is that drug or chemical really necessary?” 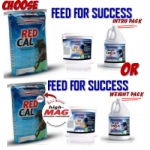